David Weider, founder and owner of WEMS Agency, was born September 11th, 1978 in Basel, Switzerland to an Italian mother and a French father. David Weider was privileged to grow up in a multicultural environment and has learned to speak French, German and English. His professional career started in 1996 when he began working for DHL Express, an international mail service. In 1996, David Weider was hired as an Export Agent. By 1998, he was moved to Customer Services as Front Line Agent and soon after he was promoted to Customer Service Supervisor, where he managed over 40 People. In 2002, David created a Web based CMS tool called, Desktop Tool which simplified the information flow, work flow and working speed of the DHL workers. To this day the Desktop Tool still exist and is utilized throughout the world, at every DHL location. During his 14 years with DHL Express, David improved the tool and also brought new solutions to DHL Products and the customer service department. He and Director, Thomas Vorburger, created a new department called Customer Interface Business Support. This department is also still available worldwide, in every DHL customer service department. Due to his outstanding service, David Weider was named DHL Express Worker of the Year in 2007. 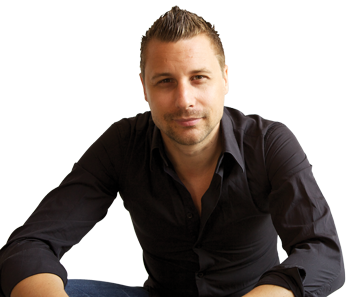 David Weider was also able to gain experience in marketing when he began work with CityDisc in Switzerland. Here, as a Music Buyer, David created deals and had regular contact with major production companies such as Universal Music, Warner Music, Sony Music, Musicvertrieb, and many others. David has long had a love for music. That love inspired him to not only market others music through his work with CityDisc, but to also market himself. For years, he worked as an Entertainer and has even produced musical tracks with Sony Music. Along with his work in the music industry, David also gained experience from working in promotion. While working for Tanner Communications AG as an Event Manager, Promoter, Planner, and Producer, David was given the opportunity to work for such companies as Dior, Fashiondays Basel, Baselworld, Dove, Axe, Bulgari, Shopping Center Forum, GRAFF Diamond, Davidoff, Ernst Benz, Crest, Radio 105, Zweifel, Unilever Group, and many more.

David Weider is known for having a can-do attitude and for working tirelessly to find a solution to any problem. His many years of work in various fields only proved his capability and understanding. He values the importance of learning what he needs to know by first hand and real world experiences. Over the past twenty years, he has traveled around the world, enabling himself to gather a multitude of experiences. WEMS Agency is a direct reflection of his life, work, and experiences. As Bruce Lee once said, “If you spend too much time thinking about a thing, you’ll never get it done.” He applies this philosophy to his role as CEO at WEMS Agency, where he works tirelessly coaching and advising business owners on strategies to start and run their company successfully.

We’re Here To Help Your Business Blast Off!

We'd Love To Hear From You!

Fill out the form and our team will be in touch with you promptly. Thank you for your interest!